"I'm running in this election because it is one of the most important of our generation. Years of cuts to science, cuts to the welfare system and misplaced national security laws are actively being put to the test right now. The Liberal Party's status quo for running the country has been shown to be inhumane and insufficient, and the Labor Party has found itself to be an uninspiring opposition". 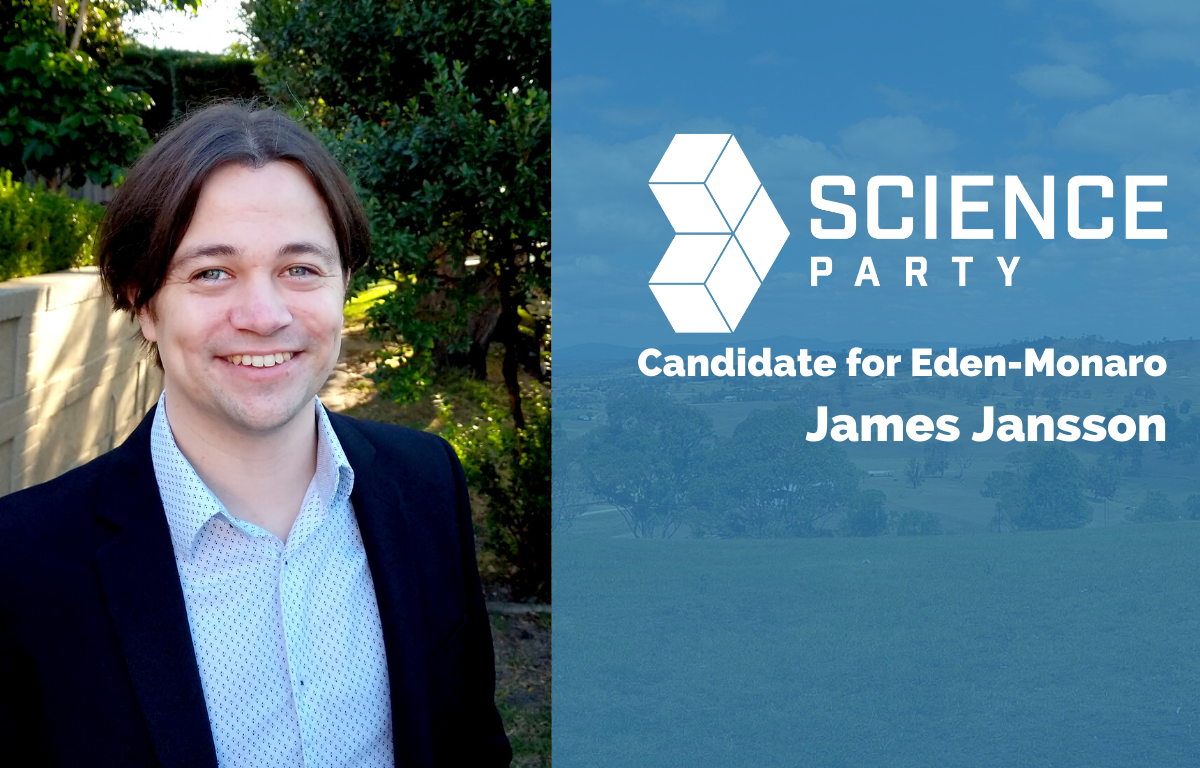 "This election will be fought on policies, not personality. This is a federal election, and federal laws and the federal budget will be key to the recovery of businesses and individuals in the Eden-Monaro electorate and the country as a whole."

"The Science Party is committed to providing a welfare system that ensures a minimum standard of living for people. We're also committed to spending up big on science: while $180B is budgeted for stimulus, only $350M is currently budgeted for vaccine development. That's less than 0.2% of the economic response dedicated to a cure. We can and should be doing more on that front to get back to normal."

"The Science Party has long-standing nation-building plans that are more relevant than ever today, especially for the people of Eden-Monaro. We are proposing a high-speed rail line from Sydney to Melbourne, passing through Canberra. The construction of this rail line will provide an enormous amount of employment opportunities that will inevitably benefit people in the region. We're also proposing at least one new city built along that train line, which will likely be in the seat of Eden Monaro, once again giving the people of the region the employment boost they need. And we need a better NBN, to ensure that remote working can work smoothly."

"The Science Party's commitment to action on climate change is unique among parties and something that Eden-Monaro needs seemingly more than any other electorate. Hit with drought that hurt farmers in the region, fires that swept all the way to the coast and rising temperatures that threaten the economy of the snow fields. We want a target of up to 800% renewable energy. We'll produce more renewable energy than we use domestically, to ensure stability of supply provided through renewables. Excess energy can be used to create energy-rich value-added exports like ore processing."

"Coupled with our whole-of-economy pricing mechanism for carbon emissions, we'll act quicker and much more strongly on climate change than any other party in Australia."

"A vote for the Science Party is a vote for a party with policies designed for moving our country forward given the challenges of today."

Dr James Jansson has a PhD in the mathematical modelling of HIV epidemiology, and is currently a senior developer for a company that makes hospital roster software.