Today, the wage price index data for the December 2019 quarter was released, and with inflation adjusted wages falling, there is yet another data point to add to the incorrect predictions shown in the graph below. 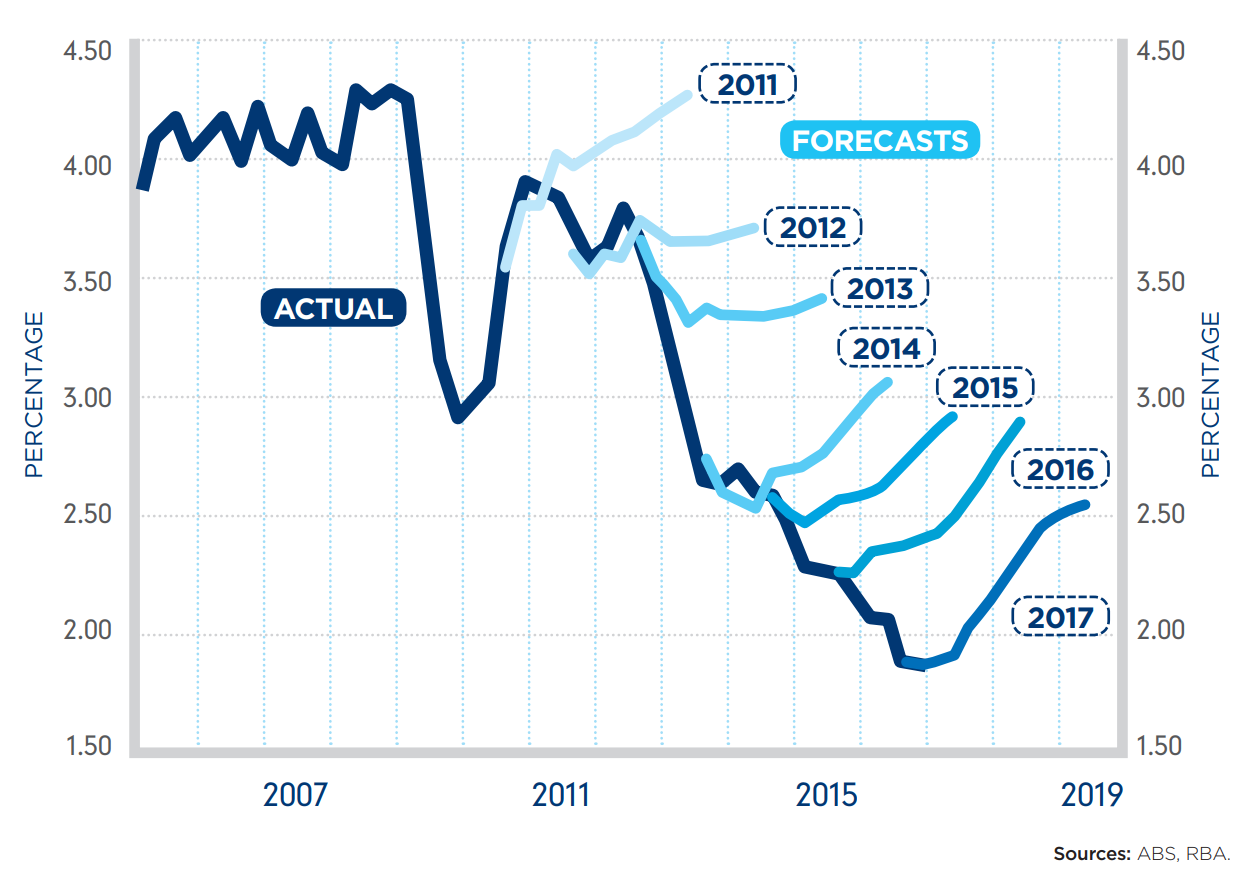 While there is a saying about doing the same thing and expecting different results, perhaps these predictions are not insanity on behalf of the economic institutions, but intentional deception.

Governments and central banks alike have an unwritten law that they do not announce bad news.

Any suggestion that growth might not be booming is labelled ‘talking down the economy’ and dismissed as sheer pessimism or a partisan attack. They fear a self-fulfilling prophecy, where bad news spooks market confidence, which leads to reduced growth...

As a result we get forecasts like those above. For nearly a decade Treasury has predicted an uptick in wage growth, yet each year the situation degrades further, missing every single estimated trajectory and leaving the working class frustrated.

When the only allowable news is good news, these forecasts change from useful modelling tools to mere cheerleading

...and when your model doesn’t predict reality, it’s not reality that is broken...

If forecasts are based on fantasy rather than real-world observations, this failure to predict future trends will continue.

Although our leaders seem to like sticking their heads in the sand, it leads to bad policy, and misallocation of taxpayer dollars which should be spent efficiently and effectively.

We need to acknowledge the challenges we face, and present real strategies for overcoming them.

Our institutions have been hiding bad news from us because they don't want us to lose confidence in the economy.

Now, the situation is much worse; we are losing confidence in our institutions.

The Science Party believes that Australians can handle the truth and that they will make better decisions with an accurate picture of the world.

Our democracy is only as robust as the information that informs voters, as they make the choices that steer the future of the country.

By focusing on metrics that matter, and looking beyond the econobabble, we will plan for the futures that are actually ahead of us, not just the dreams for the outcomes we desire.

With honesty, integrity, and pragmatism, we can build a more resilient nation to navigate uncertainty with confidence.