These points were presented at the Science Party's Budget Reply meeting on 25th May in Sydney.

In amongst some sensible measures, the 2017–2018 Federal Budget contained predictable attacks on the poor, most evident in the announcements made about welfare (and consider for a moment how "welfare" has been twisted from a descriptor of a person's wellbeing into a label for a financial cost that we're supposed to resent).

This blog post examines the government's drug testing plan for welfare recipients and its cashless welfare schemes, and shares what the Science Party would do differently.

Treasurer Scott Morrison announced that Newstart and Youth Allowance recipients would be tested for traces of cannabis, methamphetamine and ecstasy, and those who return a positive test moved onto cashless welfare (expect the use of these three drugs to drop and the use of other drugs to rise accordingly). This testing would be administered at random.

Two days later, it was revealed that the drug testing would not actually be random, but informed by waste water testing (this is a sound method for determining the level of drug use in a population, but experts quickly pointed out that it was likely to reveal higher levels of drug use in affluent areas).

It was implied that this measure would result in a budget saving, but neither the expected savings due to fewer payments nor the expected cost of drug testing are known (the latter was noted as commercial in confidence).

This drug testing proposal shortly follows the "robodebt" scandal, in which Centrelink sent out debt notices as prescribed by an algorithm known to generate one false positive for every four genuine overpayments it discovered. The onus was then on people under financial stress to argue against the debt notices. At least one person's personal details were made public.

Do we trust the same error-prone department to properly administer drug testing and accurately analyse the results? If they manage that, will they refrain from publishing those results? (Incidentally, where's the line between an ad hominem attack and legitimate concern about gross incompetence?)

Cashless welfare for drug users and the geographically unlucky

Let's assume that the drug testing scheme would in fact be reliable and useful, and examine the cashless welfare scheme.

The scheme is the evolution of the BasicsCard, which was trialled in the NT (2010–2014) and found to be ineffective at improving outcomes for the population (download the report here via ANU). Common sense dictates than an ineffective intervention should be scrapped, but the BasicsCard remains in effect today.

The new cashless welfare scheme was trialled from March 2016 to March 2017 for 1,850 residents of Ceduna, SA and the East Kimberley, WA. For recipients, 20% of their payment is given as a cash transfer and 80% is restricted to a debit card. The new card is less restrictive than the BasicsCard: it can be used as a debit card anywhere that does not sell alcohol or gambling products, while the BasicsCard can be used only at approved outlets. However, one researcher has claimed that the implementation was poor: the brochure and phone app were confusing, and a lot of transaction errors have been recorded. 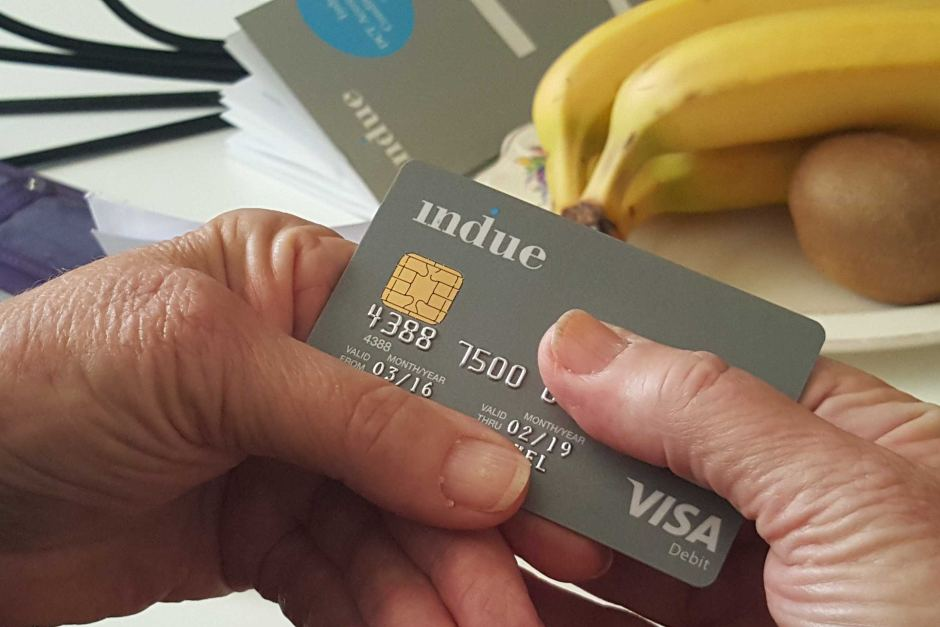 Evaluation of the Ceduna and East Kimberley trial

Morrison is reported as saying that the card has been "very successful" and helped people "better use the welfare made available to them". This is a dishonest assessment.

The cashless welfare card remains in use in both communities.

Managing people in ways they didn't request raises questions of dignity. Is it okay to infantilise people by forcing them onto income management? If it's okay to do this to individuals with an identified problem, is it okay to subject others from the same demographic to the same process? Should our politicians also be drug tested, given that our elected representatives receive 10–34 times more in taxpayers' money to make important decisions that affect us all?

These points can be argued, but the unscientific nature of the trial (due to uncontrolled variables) cannot.

Another measure: "Self-reliance before welfare"

Another proposal from Budget Night was the extension of waiting period for Newstart, Sickness Allowance, Youth Allowance, or Austudy, for the unemployed with savings in the bank. This does the opposite of encouraging self-reliance, as it penalises those who have saved some cash for an emergency. Why would a low-paid worker bother keeping more than $5,000 in the bank if it would disentitle them from months of welfare if they were to lose their job?

How much do unemployment benefits cost us? 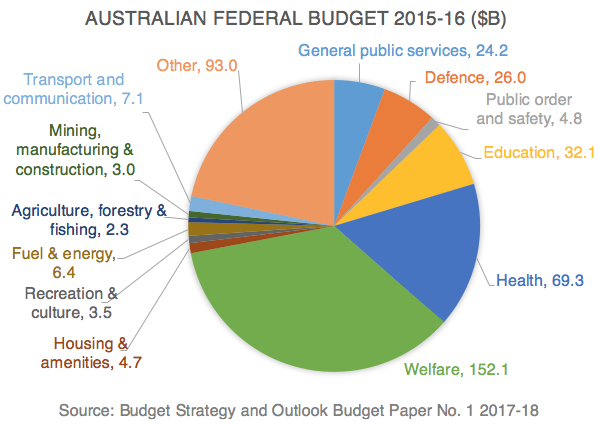 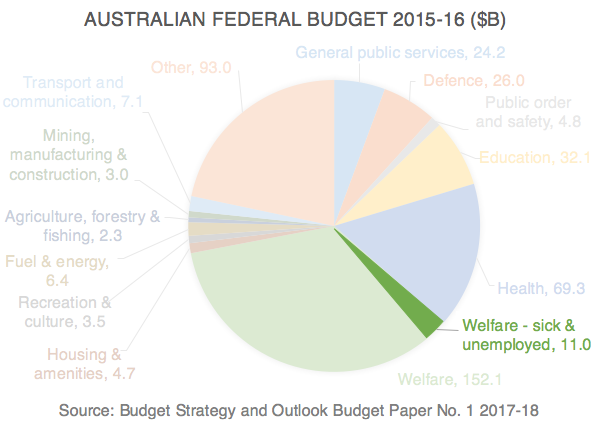 This subcategory of welfare is not broken down further in budget papers. It is worth noting, though, that Newstart recipients include single parents in need of financial assistance whose children are over eight years old.

The Medicare Levy was raised by 0.5% in 2014 to partially pay for the NDIS. From 2019, it will increase by a further 0.5% to fully fund the NDIS. Everyone seems happy to pay this to take care of those who meet the requirements (the process is reportedly complex). This shows that either Australians make a strong distinction between the deserving and the undeserving poor, or that our government thinks we should.

What would the Science Party do?

It is one of our 12 core principles to provide a safety net for those in need; not a slack net which allows the needy to barely survive, but one with rebound which gives people dignity and the ability to effectively look for work. That's why our welfare policy includes removing "welfare traps" that leave low-income workers in a worse financial state if they gain a certain amount of income.

The cost of providing support; and the cost of failing to do so

$19 million was found for the current trial, of which $2.6 million was spent on increased social support services. These are difficult jobs on the front line in remote areas. For the same cost, the Australian government could have provided a seven times greater boost to services in the same areas, rather than implement punitive measures.

If people have a substance abuse problem, let's offer the services that could help them, rather than scraping their tongue and putting them on income management. Cashless welfare does nothing to address a drug or alcohol dependence, and it costs rather than saves money.

It is not on the Science Party's radar to weed out "dole bludgers". There are four unemployed Australians for every job vacancy, so to punish people for being unemployed is as cruel as it is nonsensical.

Australia is a wealthy country and unemployment benefits are a small outlay. To quote Richard Denniss, "we can't afford to do everything we want, but we can afford to do anything we want". Any measure to cut off welfare payments to the intentionally unemployed will affect some genuine jobseekers as collateral. It reflects poorly on our society if we prioritise cutting welfare to a few questionable recipients over providing necessities for the needy.