Its a question about as old as talking about government, politics and the security of the state. Who will watch over the watchers themselves? The Abbott government's answer, apparently, is no one.

The Coalition, ALP and PUP have combined in the Senate today to pass legislation that among other changes grants ASIO extraordinary new powers to declare a "special intelligence operation" - exempting its agents from obeying nearly every Australian law, and making it a crime for whistle-blowers and journalists to report. This effectively eradicates, in some circumstances, two of the major checks and balances on the powers granted to intelligence community - namely, the rule of law, and potential disclosure. The removal of these safeguards is especially troubling in light of the totally inadequate response to recent alleged abuses of powers justified in the name of national security, such as the ongoing pursuit of the former ASIS agent who disclosed spying on East Timor by Australia apparently conducted for the sake of an advantage in trade negotiations. 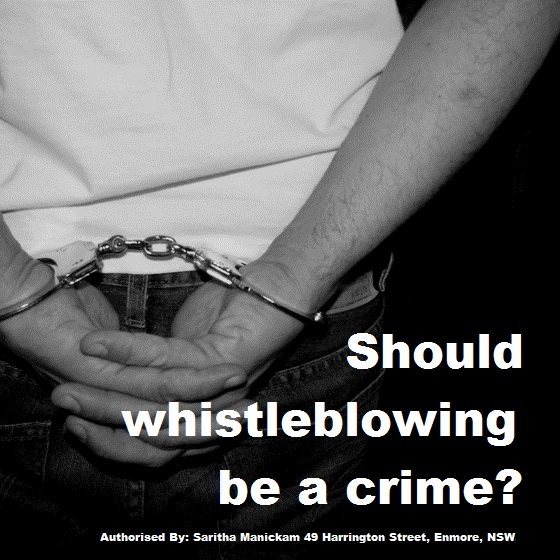 The Future Party supports the attempted amendments of the rest of the cross bench - such as of the Greens Senator Ludlam's introduction of a public interest defense for whistle-blowers and journalists, and LDP Senator Leyonhjelm's ten year sunset clause to these powers, enforcing parliamentary re-consideration of the laws at that time. Unfortunately, both these eminently sensible amendments were rejected by the Senate.

We also demand that, at a minimum, the introduction of mandatory judicial review of the exercise of these powers. Oversight by the courts is for good reason the established practice for the exercise of other sensitive powers, with far less drastic implications than these. The recent ASIO raids were all conducted under the auspices of court-issued search warrants, for instance.

Even if current circumstances truly do call for sweeping new powers for the sake of national security, such powers must be accompanied by the strongest possible safeguards against abuse - not the removal of any scrutiny outside the intelligence agencies themselves.