Prior to 2004, the marriage act didn't specifically state that marriage could only be between a man and a woman. The Marriage Amendment Act 2004 explicitly defined marriage in Australia as being between one man and one woman, as opposed to the previous definition, "between two people". The amendment also prescribes that same-sex marriages solemnised overseas will not be recognised by Australian law. The Science Party will repeal this explicitly discriminatory piece of legislation.

In our secular society, marriage is a formal statement of love and commitment between two people. It is a civil institution and not in and of itself a religious ceremony, and is neither necessary nor sufficient for child-rearing. Although same sex couples can have civil unions, they don’t offer the same legal rights as marriage.

Legal recognition of same-sex marriages will place these relationships on an equal standing with heterosexual ones, in the eyes of the law and in society.

A particularly absurd effect of the legislation is that a married couple must divorce if one person changes their sex on their birth certificate. The legislation even requires marriage celebrants to say, as part of the ceremony, “Marriage, according to law in Australia, is the union of a man and a woman to the exclusion of all others, voluntarily entered into for life,” for the marriage to be legal. 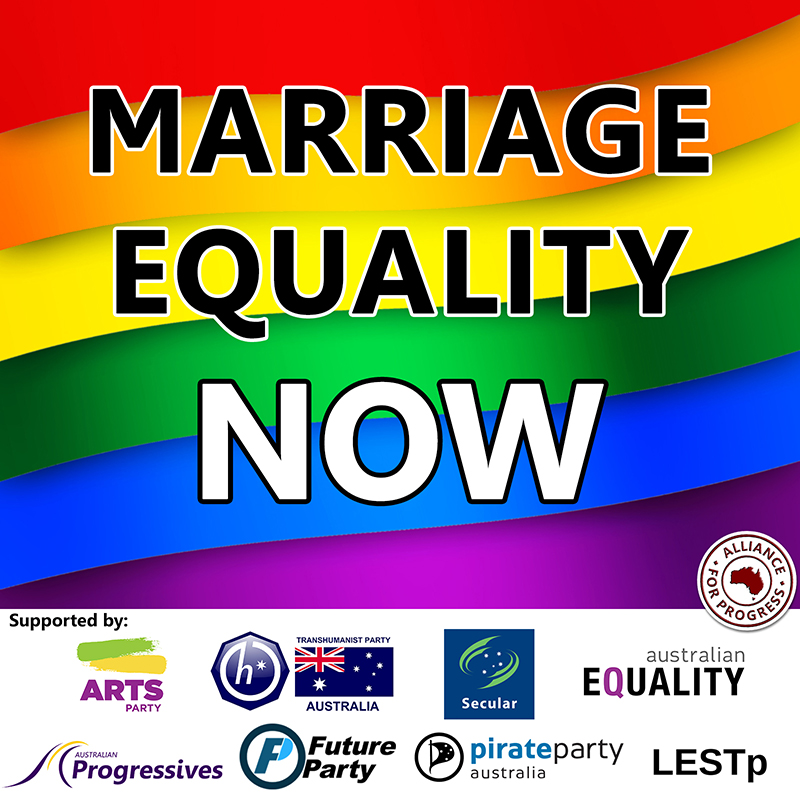